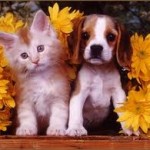 Veterinarians Charlie Meynier and Jim Stortz write that spaying female dogs and cats reduces the incidence of mammary cancer, eliminates uterine and ovarian cancer risk and prevents pyometra, a potentially life-threatening infection of the uterus. Neutering male animals protects them from prostatic hypertrophy and infections, as well as testicular cancer and certain types of hernias. Drs. Meynier and Stortz also note that many less desirable animal behaviors are usually reduced by spaying or neutering, including roaming and territorial aggression.

There are many theories when it comes to the medical and behavioral effects of spaying and neutering dogs and cats. It is a controversial subject and there are numerous viewpoints out there among trainers, breeders, and within the veterinary profession.
The chief intent of this article is to state proven scientific facts. we’ll go through the medical benefits of neutering and spaying both dogs and cats, and finish with our personal beliefs on the behavioral changes that can occur.
The principal benefit of spaying female dogs and cats is the prevention of mammary cancer. A dog spayed before her first heat will have a near zero chance of developing mammary cancer later in life. After the first heat, this incidence climbs to 7 percent, and after the second heat the risk approaches 25 percent. Statistics are similar in cats.
The prevention of what is frequently a very difficult and potentially fatal form of cancer is reason enough to spay our dogs. Another potential condition in intact females is a bacterial infection of the uterus called pyometra. Treatment is surgery in a potentially unstable patient and can be very costly.
Less common conditions such as uterine and ovarian cancer are 100 percent prevented by spaying. Intact female dogs come into heat about every 8 months, resulting in bloody vaginal discharge and an unpleasant odor.
The major health benefits involved in neutering a dog involve the prostate gland. As dogs age, the prostate will gradually enlarge. This is known as benign prostate hyperplasia or BPH (think Flomax commercials). The prostate under the influence of testosterone is also predisposed to infection. This is an extremely painful and sometime life-threatening condition which is not likely to resolve without neutering and often invasive surgery.
Other medical conditions that are prevented include testicular cancer, along with certain types of hernias and perianal tumors. The effects of neutering male cats are more behavioral and are listed below.
There are no concrete facts when it comes to the behavioral changes seen in spayed and neutered dogs and cats. Neutering male dogs and cats can reduce urine marking in your house, aggression towards other dogs, and territorial aggression. It is important to realize that these behaviors can become a habit and continue after neutering.
Many experts say that once a pet is older than 1 year of age and still intact, undesirable behaviors are more likely to become permanent even if they are neutered at that time. The most dangerous behavior seen in intact males is roaming, i.e., running away to look for a mate, because it leads to animals running away as well as car accidents.
The reproductive tracts of the female dog and cat are dormant for most of the year. From a behavioral standpoint, the animals will “act spayed” most of the time and no personality changes should be noted with spaying. When in heat, females are more likely to be aggressive and can show erratic behavior such as howling and writhing on the ground. And an intact male can detect females in heat from miles away so it is not safe to leave them outside unsupervised.
The medical benefits resulting from spaying and neutering pets lead to longer and healthier lives. In addition, the majority of animals will be more relaxed and less prone to undesirable behavior. The Vail Valley Animal Hospital recommends spaying and neutering at six months of age. They are outpatient procedures and animals can go home the day of the surgery.
Dr. Charlie Meynier, DVM, has been a practicing vet for more than 12 years with a degree from the LSU School of Veterinary Medicine and Dr. Jim Stortz, DVM, has been a practicing vet since completing his Emergency and Critical Care Medicine internship in 2006. The Vail Valley Animal Hospital offers services at both Eagle Vail and Edwards locations. For more information and to make an appointment, call 970-949-4044 (Eagle-Vail) or 970-926-3496 (Edwards) or visit www.vailvalleyanimalhospital.com.
Tags:
Posted in: Medical Issues
Previous: Another New AHF Caring Creatures Pet Partner Team
Next: New Disability Regulations Now Include Mini Horses as Guide Animals