October 25, 2015 by The Animal Health Foundation 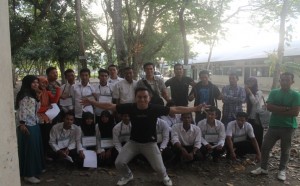 On July 2009, i got the information about the existence of STI-Kehutanan inBanda Aceh, which could be achieved by bus approximately 1 day and 1 night.

In the beginning of September, i registered as a student there with the total about 115 registrant. After the administration and all of the requirement has been filled, the test continued to oral and written test. I was really grateful since i, a downtown boy, could achieved top ten. After the passing test announcement, then i followed the student orientation after.

I started to wonder why the student who registered to follow the students orientation were only 50 people, where was the rest? 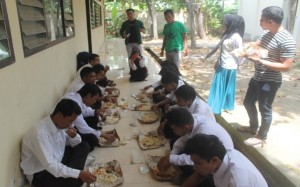 As the orientation proceed, the campus introduction and the senior were terrified me. In the orientation, we were given the explanation, guidance and made our mental to be ready become a forester. More importantly, the coorporation and solidarity which have to be have for a forester. More over, to show our solidarity we had to feed our friend with the food that we had chewed before whereas they also did the same to us. Based on that, i realized that a forest student and a field person was really me which nout really in touch with mode. All of the orientation has passed and our solidarity among the students were solid as well after.

After the end of the orientation program, i felt a bit sad since our total became less and less. The batch 2009 who deserved to get the orientation sertificate were 50 people.

The teaching-Learning process began after, i was really pround of my self because a downtown boy like me could be study as well with others. Surprisingly, all of the student were announced passing the orientation program but the total of students who attended were only 40 students.

In the next meeting, i was elected as the chairperson. I felt glad since i could be closer with them all.

After the first semester was proceed and all of students were expected to know their GPA. I was really glad i could get 3,58 GPA. On the semester break i went back to my beloved home town Ketambe to spend my holiday there.

On the contrary we realized that forest plays an important role not only to our life but also to our invironment. It was an unfotunate that not many people had this attention and wanted to study about it more. It is a generally known that Aceh has an amazing and great forest. Again, it was unfortunate that in other field approximately hundred thousand of students wanted to study medication, education and etc  meanwhile forest has only been interested by some students only.

It is obvious that the future of our forest is an issue that many people has to concern about.

Without the forest, the animal will be dissapear as well.