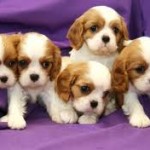 The USDA has proposed an addition to the Animal Welfare Act that would require online and mail-order puppy retailers to allow face-to-puppy evaluation by buyers or require regular inspection and a license from the Animal and Plant Health Inspection Service to protect the animals’ health and welfare. The Animal Welfare Act was written in 1966 and didn’t specify for on-site evaluation because it was implicit in the buying process at that time; however, the Internet gave way to thousands of online retailers where seeing the animals in person was not part of the buying process. The Washington Post/The Associated Press (5/10)

Dog breeders who skirt animal welfare laws by selling puppies over the Internet would face tighter scrutiny under a rule change proposed Thursday by the U.S. Department of Agriculture.

The change would subject dog owners who breed more than four females and sell the puppies electronically, by mail or over the phone to the same oversight faced by wholesale dealers as part of the Animal Welfare Act.

That law, written in 1966, set standards of care for animals bred for commercial sale and research. Retail sales were exempt from inspections under the assumption that anyone who visited the store could see whether the animals appeared healthy and cared for.

The Internet opened a new venue for puppy sales, and thousands of large-scale breeders who advertise there have not been subject to oversight or inspection.
The proposed change seeks to close that loophole by ensuring that anyone who sells pets over the Internet, by phone or mail order can no longer do so sight-unseen.  Sellers either must open their doors to the public so buyers can see the animals before they purchase them, or obtain a license and be subject to inspections by the Animal and Plant Health Inspection Service.
“We feel this is certainly a much-needed change to an outdated system,” said Rebecca Blue, deputy undersecretary for marketing and regulatory programs.
The change does not affect backyard breeders who sell puppies from their homes or other physical locations. Blue said it’s designed to ensure that dogs sold and shipped to buyers are healthy, treated well and genetically sound.
“This is a very significant proposed federal action, since thousands of large-scale breeders take advantage of a loophole that allows them to escape any federal inspections,” said Wayne Pacelle, president and CEO of The Humane Society of the United States. “Dogs in puppy mills often live in small, overcrowded cages, living in filth and denied veterinary care.  We need more eyes on these operations, and this rule will help.”
Opposition to the change is hard to find.
“You need to open your home if you breed more than four dogs. That sounds appropriate to me,” said Patti Strand, director of the National Animal Interest Alliance.
The proposed rule change came as Congress considers legislation backed by Rep. Sam Farr, D-Calif., a longtime animal welfare supporter, and Reps. Jim Gerlach, R-Pa., Bill Young, R-Fla., and Lois Capps, D-Calif., as well as Sens. Dianne Feinstein, D-Calif., Dick Durbin, D-Ill., and David Vitter, R-La. — that sought to make similar changes to the regulations.
Farr welcomed the USDA’s decision.
“The change will finally allow the USDA to properly enforce violations, shut down puppy mills, and prevent future abuses of dogs and unsuspecting customers,” Farr said.
The USDA will accept comments on the proposed rule change for 60 days.
Tags:
Posted in: The Animal Health Foundation News and Events
Previous: Pet-Safe Spring Gardening Tips
Next: New Team Barbara Berkhausen and Bosco