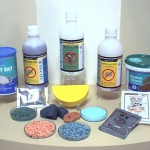 Pet owners using rodenticides should be aware that cats and dogs are susceptible to the products’ poison, and veterinarians fear an increase in bromethalin toxicity in pets because of a ban on brodifacoum. Bromethalin is the active ingredient in Assault, Fastrac, Gladiator, Rampage, Talpirid and Vengeance, and it causes brain and spinal cord swelling characterized by weakness, incoordination, seizures, paralysis and death. There is no definitive diagnostic test and no antidote, note veterinarians Lee Pickett and Jennifer Coates. Supportive treatments are available but they are intensive, and animals that survive are often left with neurological deficits. PetMD.com/Fully Vetted blog (3/12), BerksPets.com (Reading, Pa.) (3/11)

The EPA provides a list of rodenticides that meet their safety standards and are approved for homeowner use on their website. Two, diaphacinone and chlorophacinone, are short-acting anti-coagulants similar to warfarin, which we touched upon yesterday. Any pet poisonings that are caused by these products should be comparatively simple to diagnose and treat, as long as pets are seen by a veterinarian in a timely manner.
The third active ingredient on the EPA list, bromethalin, is more concerning. Bromethalin is a neurotoxin. It causes fluid to build up within the brain. The swelling puts pressure on nerves, which inhibits their ability to transmit impulses. The symptoms that develop depend on the dose of the poison that an animal ingests. At relatively low exposures, symptoms include unsteadiness, weakness that starts in the hind end and can progress forward, muscle tremors, depression, and vomiting. When a dog gets into a large amount of bromethalin, the symptoms are more severe. Pets typically develop some combination of the following:

Testing for bromethalin exposure is not readily available so diagnosis is dependent on a history of exposure (if that is known) and a pet’s clinical signs.
With hindsight, I think I may have treated one dog for bromethalin poisoning, though I didn’t know it at the time. This dog belonged to an owner who was in town for a horse show. My patient was brought into the clinic with a weird panoply of symptoms, some of which fit with those mentioned above. We suspected that he had gotten into something at the horse show, but could never determine exactly what that might have been. My guess is that someone may have put out a bromethalin-containing rodenticide around the barns.
Decontamination (e.g., inducing vomiting and giving activated charcoal) is very helpful within a few hours of ingestion, but once symptoms develop treatment for bromethalin poisoning revolves around trying to decrease swelling within the brain, dealing with symptoms as they arise, and patient support. Since I didn’t have a definitive diagnosis for my patient, I was limited to symptomatic and supportive therapies. It was touch and go for awhile, but he was much improved after a few days of hospitalization, and a follow-up phone call to his home in California revealed that he had made a complete recovery.
He was lucky, if he had eaten more of the poison or had been brought in even a day later, I probably wouldn’t have been able to save him.
I hope bromethalin poisonings do not increase as a result of the ban on brodifacoum. Sending pets home with vitamin K after exposure to brodifacoum is far less stressful than hospitalizing them for severe neurologic dysfunction without a way to reach definitive diagnosis and no antidote in sight.

Tags: pesticides | rodenticides | rodents
Posted in: Cats | Dogs | What's Poisonous for Your Pet
Previous: Be vigilant about aging cat’s health
Next: Pets are masters of deceit

93 responses to “Owners beware: Poisoning from this rodenticide is tough to treat”