September 12, 2016 by The Animal Health Foundation 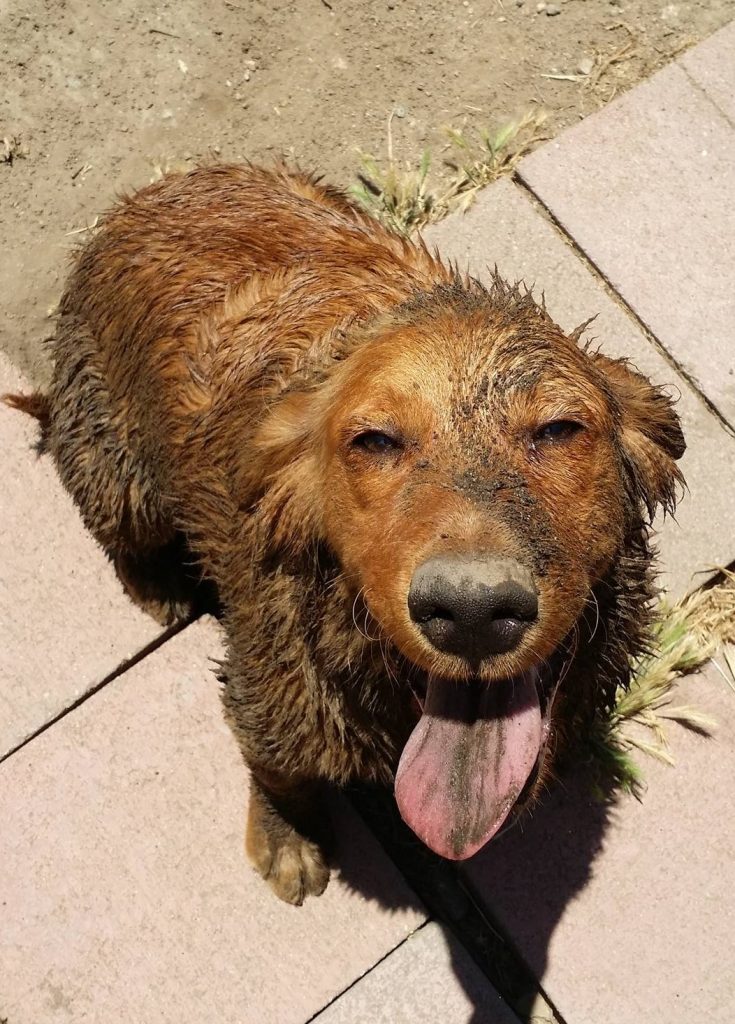 In the spring of 2015, Jose Perez moved with his Golden Retriever Joy, from an apartment to a house with a large yard. It seemed an ideal place for the young dog to exercise and play.

But Joy found trouble in that back yard.  “She barked a lot,” Jose said, and “I would pet her and she would jump all over me and I would try to wipe her nose [she had a nasal discharge].  I thought she had some kind of flu.”

Jose took Joy to a veterinarian who gave him some nose drops but they didn’t seem to help.  So he took her to All Pets Medical and Surgical Center in Phillips Ranch not far from his home in Pomona. The doctors at All Pets outlined a treatment plan. But Jose, a single father, who was working two jobs to make ends meet did not have the money to pay for it.

All Pets suggested that Angel Fund might be able to help.  Angel Fund approved Jose and Dr. Thomas Beighlie performed surgery on Joy.  Foxtails  had worked their way into Joy’s nose and caused the severe discomfort and bleeding she was experiencing.

“I didn’t know there were foxtails in my backyard,” Jose said. “They were inside a wall at the back of the yard. The veterinarian put her to sleep and opened part of her nose and removed the foxtail that was stuck up there. After I brought her home, she would follow me around the house and lay on the floor when I stopped. But she didn’t want to play.  After a week and a half, she seemed normal again.”

Jose kept Joy out of the backyard and always had her on a leash when he took her outside.  She wore a cone for a month, he said.

Joy was special to Jose because she helped him with his daughter, who is now 13.  The three of them often went hiking together. But the dog is no longer with Jose. He moved to Ontario and did not have space for her. So he asked a friend to take her. Now he lives in an apartment near Los Angeles International Airport and not far from the grocery store where he works.

He misses Joy but does not expect to take in another dog soon. She would be hard to replace, he said. She still has a special place in his heart and he is grateful that Angel Fund and the staff at All Pets made it possible to fix her problems.

Tags:
Posted in: Angel Fund Grant Recipients | Dogs | Grant Recipients
Previous: Meet New AHF Pet Partner Macy!
Next: The death of pet can hurt as much as the loss of a relative