November 23, 2015 by The Animal Health Foundation 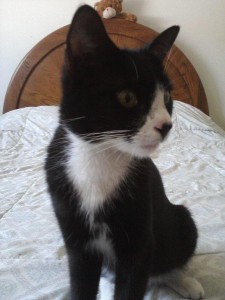 Last Spring, Scott and Barbara Peterson had a visitor to their Tustin apartment – a beautiful black and white cat who was affectionate and loving.  The animal – they named her Boots because of her white paws – soon became a part of the family.

But after a few weeks they realized that Boots was putting on weight, that she was pregnant.

When the time came for Boots to deliver her litter, it quickly became clear that something was wrong.  She was in extreme discomfort and seemed unable to give birth.  Scott searched the internet and found a website which suggested that a mother cat who was in labor for five hours should be taken to the hospital.  He went back to the internet to look for a nearby veterinarian and decided to take Boots to Veterinary Surgical Specialists in Tustin not far from their home.

There Dr. Diane Craig performed a cesarean section and delivered two kittens. She told Scott and Barbara that one of the kittens was simply too big to be delivered by a normal birth.

Scott, a retired electrician, did not have the financial resources to pay the hospital and surgery bills. He applied for an Angel Fund grant and was approved for $500, an amount that the clinic matched. He and Barbara are grateful for the help they received and the care Boots was given.

Today, Boots, who was spayed when her kittens were delivered, is an indoor cat.  One of the kittens still lives with the Petersons.  “She [Boots] is really pretty.  She’s black with white paws and a white tuxedo look,” Scott said.  And she is healthy and happy. He    e H

“I thought it was miraculous that she came to us when she was pregnant,” he said. “If she hadn’t done that, she probably wouldn’t have survived.  She just walked in the door. We didn’t realize she was pregnant at first.  But if she hadn’t come to us, she would not have lived.”

Did she have some inkling that she might need help? “I don’t know,” Scott said.  “Maybe somebody else sent her our way.  Maybe somebody from above.”

June 1, 2015 by The Animal Health Foundation 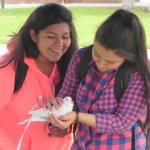 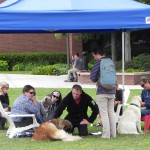 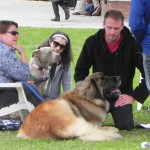 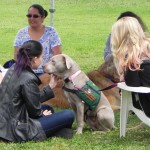 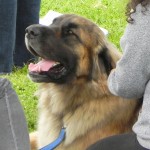 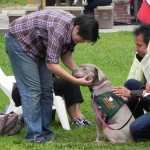 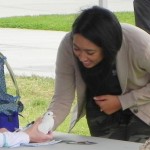 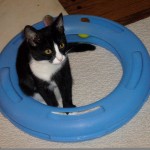 In the summer of 2013, Tess – Rochelle Bates’ beautiful black and white cat – was no longer easy to be around. “When she opened her mouth across the room from you, the odor could just about knock you down,” she said. “It was intense. And it had developed very quickly over a couple of months.”

Rochelle and husband Ed had taken in Tess when she was a feral kitten. She soon became a loved member of their household. So Rochelle took the cat, just four years old, to a dental cleaning clinic at a pet store. The veterinarian who examined Tess “took one look inside her mouth and he told me what was wrong. He said: ‘All her teeth are rotting. You’re going to need to take her to a veterinary dentist.’ It’s a congenital condition.”

Rochelle, a former writer and producer in Hollywood, is disabled and her husband Ed was unemployed at the time so she immediately began to search for a dental specialist who could give Tess the treatment she needed – surgery for tooth resorption and stomatitis – at an affordable cost. “It was a rough time for this to happen,” she said.

“I called around to lots of veterinary clinics and found that the treatment was just too expensive. It was thousands of dollars to have all her teeth removed – or some of her teeth removed. “I didn’t know what I was going to do. So I looked on line for different grants and explored every one that was available – every single one.” Finally, she found Angel Fund. “It was the only one left. And it was the one that helped us.” Angel Fund provided a list of hospitals that could do the surgery. She chose the Dog and Cat Dentist in Culver City not far from her home.

She took Tess to the clinic and met Dr. Anson Tsugawa, VMD, DAVDC, and Jody Janes, RVT. “They were just the most wonderful people,” she said. “Jody is so kind. She shepherded all the paper work through and it was processed very quickly. There was a small balance that I had to pay. But they [Angel Fund and the hospital] covered almost everything. It was so amazingly generous of them!” Angel Fund and the hospital each contributed $500.

Dr. Tsugawa at first thought that he could save four of Tess’s teeth. But he called Rochelle after her cat was under anesthesia and said that all her teeth should be extracted. “Otherwise,” he told her, “she’ll have to come back and have the others removed later. We might as well do all of them when she’s young and healthy.”

The surgery “made a world of difference,” Rochelle said. “Tess had a very quick recovery and you would never know now that she doesn’t have any teeth. Dr. Tsugawa told us what would happen and that’s exactly what happened.”

Tess needed pain medication and antibiotics for a few days. Rochelle said that she gave the patient and her other two cats soft food at first, then switched to dry food. “Tess ate it with them [the other cats]. Now she eats a mixture of wet and dry food, like she always did before. She doesn’t care.”

The surgery has made a “world of difference” for Tess, she said. “Her personality has really blossomed since she doesn’t have that pain. I can only imagine what it was like for her.

“And I will always he so grateful to them [Dr. Tsugawa and Angel Fund] for this because, honestly, I don’t know what we would have done.”

March 4, 2015 by The Animal Health Foundation 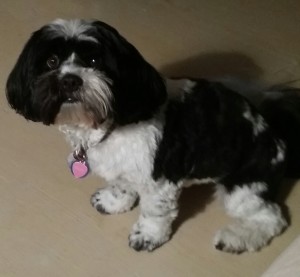 Roxy was found on November 8, 2011 – it’s called her “gotcha’ day” and she was estimated to be about 1 year old. She was a mess with no collar, tags or ID chip and fur that was dirty and sticky.
Roxy became her name because people were throwing rocks at her to get her out of the street and she was very afraid. The owners said that they didn’t want her anymore and once she was put into Pam & Mike’s car, she turned around on the seat, sighed and looked straight ahead, never looking back!
You might say that she was lucky, but Pam & Mike feel that they were the lucky ones. Roxy is sweet, fun, happy and calm!  She is a delight to live with!
Tags: AHF | Animal Health Foundation | Caring Creatures | Pet Partners
Posted in: The Animal Health Foundation News and Events

March 4, 2015 by The Animal Health Foundation 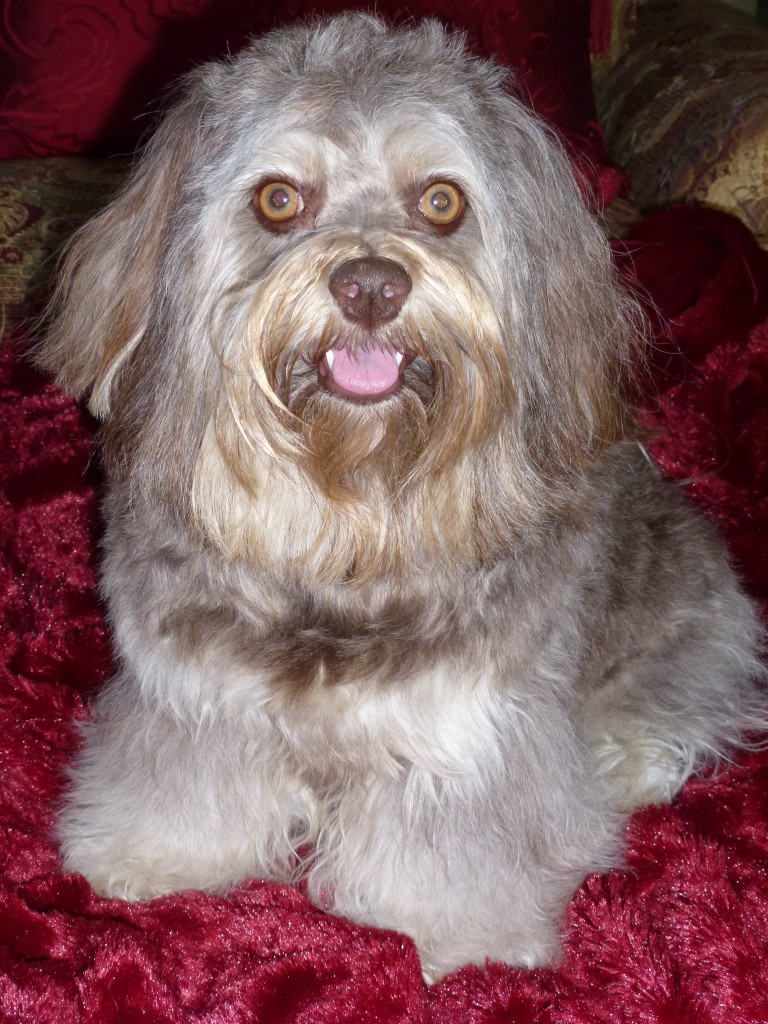 Cassie is a Chocolate Havanese and her birthday is November 26, 2012.

Cassie came into Deborah’s life when she needed a pet to help her through some difficult times.  Right away she brought so much joy, Deborah knew she had to find a way to share this gift with others.  That’s when Deborah discovered the Animal Health Foundation. I found the joy Therapy Pets brought to those in need and couldn’t wait to have Cassie bring that same joy to someone in need.

The AHF couldn’t be more proud of Cassie and Deborah, who both look forward to visiting nursing homes/hospitals to brighten an individual’s day.

February 6, 2015 by The Animal Health Foundation 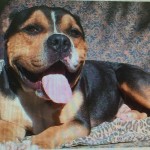 Thanks to the doctors and staff of the Lomita Animal Hospital, Mickey’s family could afford the fracture surgery he needed because the hospital reached out to the Angel Fund for a grant.